Nilüfer lives in Turkey. Some time ago, she spotted a social media post about a 'unique' cat that needed a forever home. As reported by the website Love Meow, she was so touched by the cat's story that she immediately contacted the rescue centre and offered to adopt him. 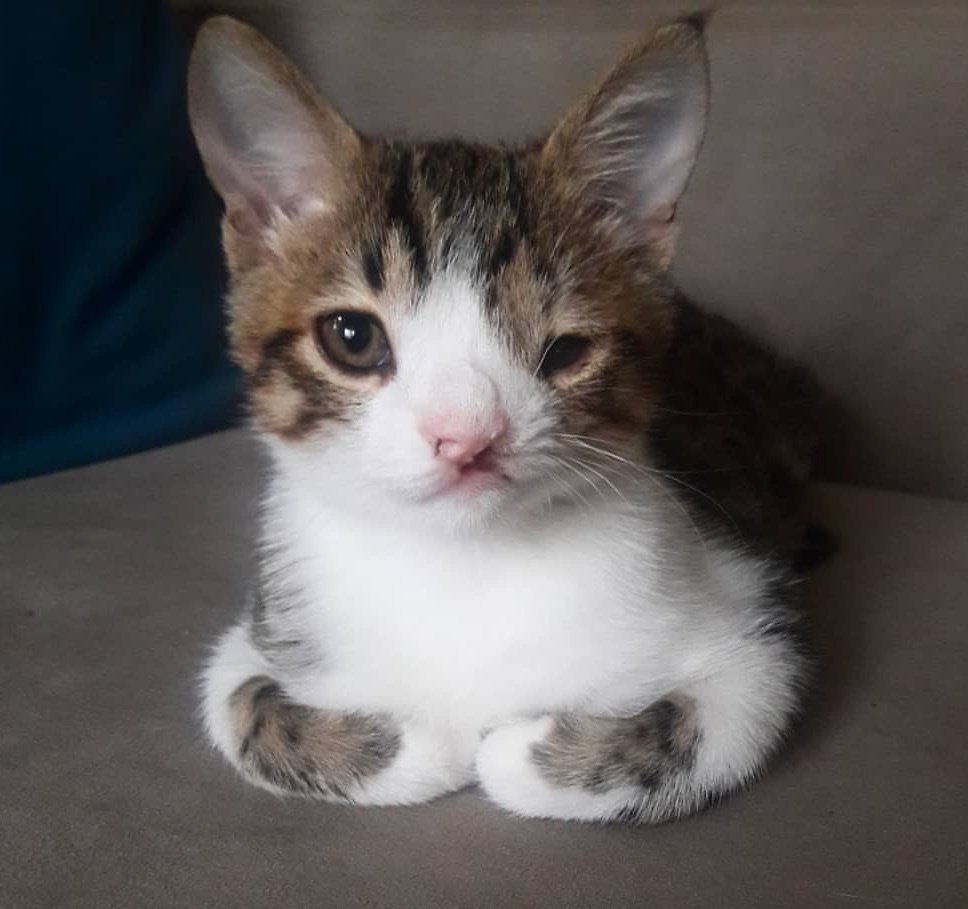 The kitten in question is called Hayko and was born with a cleft lip and a distorted jaw, giving him a strange appearance. But that doesn't mean this kitty is unlike other cats! He does all the usual things that cats get up to. Well almost...

As soon as Nilüfer adopted Hayko, she discovered that he had his own way of sleeping... The kitten, who is now 4 months old, still needs a lot of attention from Nilüfer and her other cat before dozing off, but when he does he strikes the cutest of poses!

Whatever surface he sleeps on (bed, sofa, chair, armchair, his new mom's lap...), he spreads out his legs as if he's giving a big hug.

Naturally, Nilüfer has been snapping away while her kitten sleeps! And as you'll see for yourself, these photos are enough to melt anyone's heart.