Bethany Coleman and her boyfriend Tyson lived in Boston... At the time they had 2 cats and a female dog, when an unexpected meeting in October 2016 turned their lives upside down in the nicest possible way!

Bethany was living with Tyson in a small apartment in Beacon Hill, a suburb of Boston. They adopted two elderly cats followed by a female dog called Rogue. In view of the size of their 'brood', they were hoping to move into a bigger home. 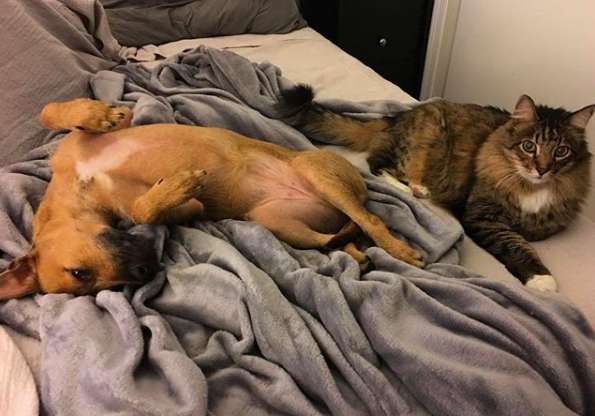 A couple who loved animals, but...

Tyson wanted to adopt another dog, but Bethany knew that a fourth pet would make it harder to find a new rental property. Although disappointed, Tyson let himself be convinced by his girlfriend's misgivings. Adopting another dog was put on the back burner. In October 2016, Bethany took their dog with her when she went to the local market. But on that day, it wasn't fruit or veg, but rather a dog uncannily similar to Rogue that caught her eye!

A change of plan

A local animal shelter had set up a stand at the market, where they were hoping to find homes for some of their younger dogs. And one of them looked exactly like Rogue! Bethany cracked and immediately called Tyson to say that she had changed her mind and wanted to adopt a second dog.

Bethany went through the adoption process and was soon heading home with their new 8 month-old family member. Their new arrival was quickly given a name: Beast. Rogue was thrilled to have a new friend! The resemblance between them was so striking, they could have been twins. "Rogue and I fell in love with him," Bethany told The Dodo.

But, Rogue still needed some time to get her head around sharing her home.

Having been the only dog in the house, after a few days Rogue started to show signs of jealousy. She suddenly didn't want Beast to play with her toys. Bethany got around this by buying Beast his own toys. This did the trick and Rogue stopped being so unfriendly. 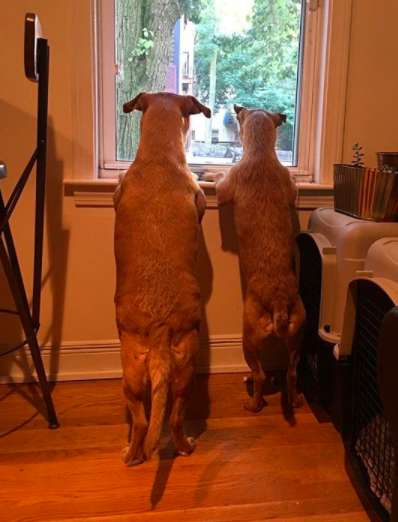 And before they knew it the two dogs had become BFFs! Today, Beast has grown up, but he's still a puppy at heart. He still acts like the baby of the family and doesn't think twice about trying to get prime position on the sofa with his 'mum'.

A united and happy family if ever there was! 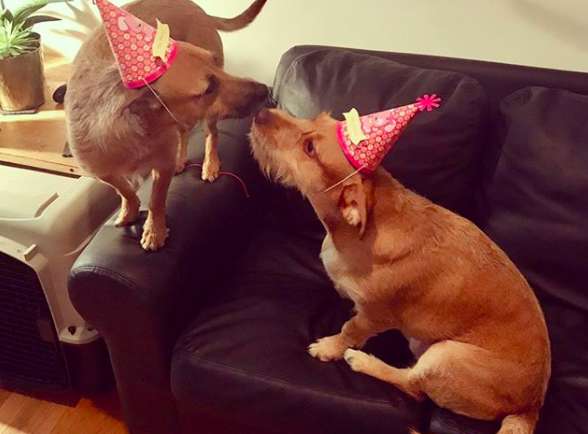 The couple managed to move and they now live in Hawaii. After being released from mandatory quarantine, the two cats embraced their new surroundings and as for the dogs, they became inseparable. Beast has even managed to calm Rogue down! 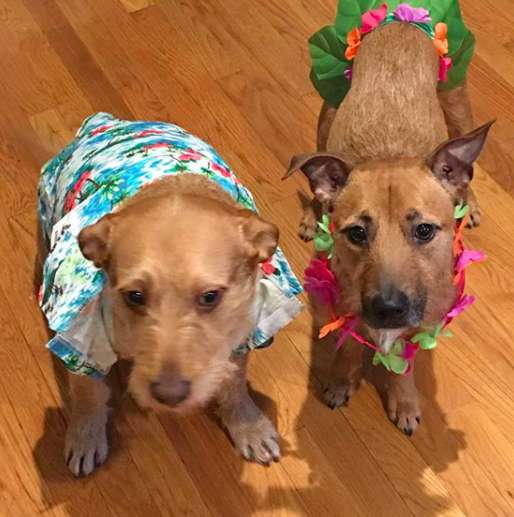 The family have never been happier! Bethany and Tyson love their animals to pieces and their pets know it! Bethany chides Tyson by saying they live in a Noah's Ark, but who knows what furry friends they may adopt in the future!?

16 photos that will make anyone fall in love with German Shepherds!

If you're a fan of German Shepherds (or indeed dogs in general) then check out these impossibly adorable 16 photos!...

Henry the dog and Baloo the cat love taking walks together and these photos will leave you feeling all fuzzy inside!

Henry and Baloo are proof that cats and dogs can be the best of friends. They are totally inseparable and do...

California forest fires: this dog spent a month in front of his home waiting for his owners to return

Dogs are known for their loyalty and Madison's story is proof enough. This amazing dog spent a month waiting by his...