Daya, a 3 year-old female Pitbull, was pregnant and a stray until she got taken in by an animal shelter in South Carolina. Sadly, the shelter was full and she risked being put down. Fortunately, a charity called Halfway There Rescue stepped in to help find her a family so that she could give birth in a loving, safe environment. 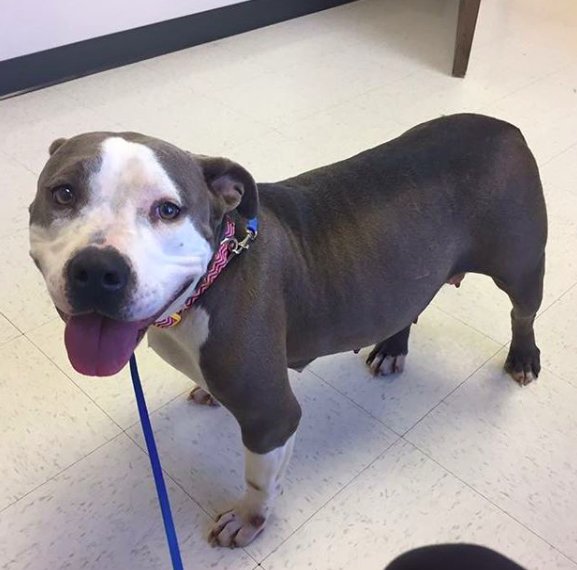 Shelter staff took her to the vet’s, but the news was not good: the 9 pups that Daya was expecting were dead - a huge shock, especially because it could lead to a deadly uterine infection.

She needed an urgent operation. During the days following her surgery, staff noticed that Daya had begun to collect and groom toys as if they were actually part of her litter. It was vital that this depression be treated so she could lead a happy life.

Soon after, the shelter heard about a young dog that had just been abandoned on a nearby road. The puppy was suffering from dermatological infections, parasites and a serious eye problem that led to its eye being surgically removed. Named Raisin, this young female needed an adoptive mother and the solution was obvious...

As soon as they met, Daya and Raisin became attached to each other. Their bond strengthened over the days while they both recovered from their various health problems. They'll both be ready for adoption in the near future and the Halfway There Rescue team hopes that they will find a family willing to take them both, as separating the two would cause further heartbreak.

Taka the dog is still battling painful burns caused during a fire. Wracked by pain and having been left blind,...